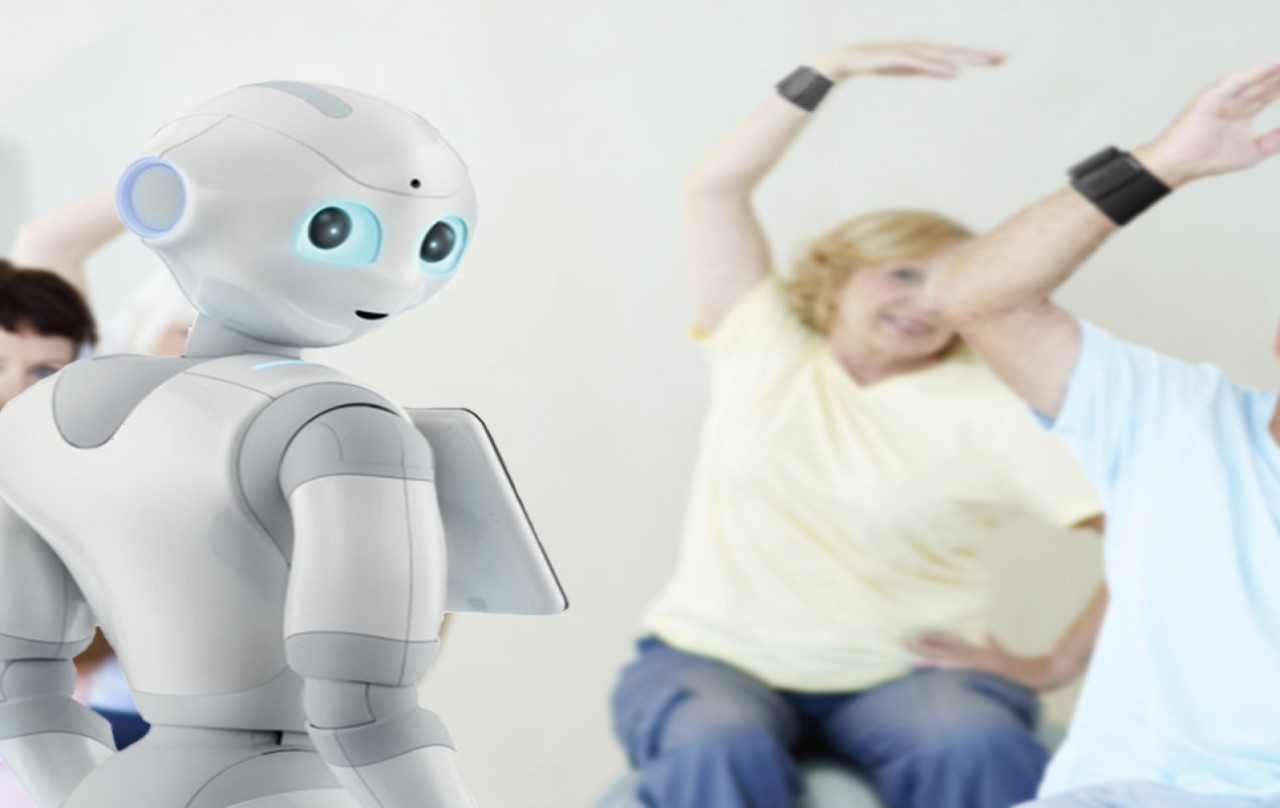 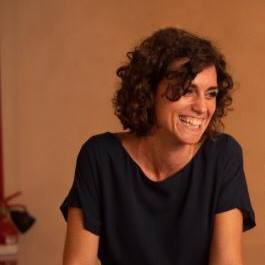 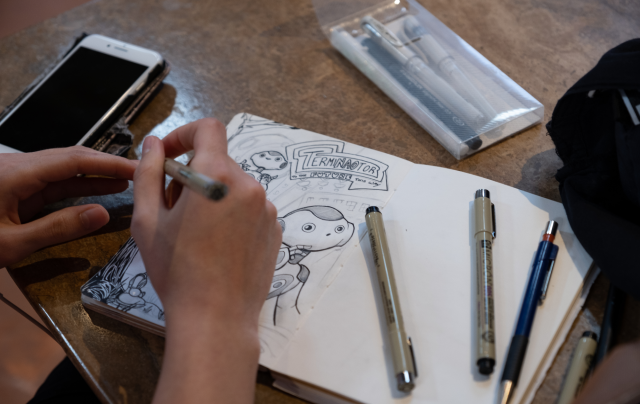 This is the story of Luca, who at the first lesson started obsessively repeating “I hate robots, I hate robots, I hate robots” and after a month of workshops he understood that he could use robots to tell stories, making them become actors who are not capricious and that are always at the orders of their director. Luca is an autistic boy who draws beautifully, but who struggles to relate to others, who never makes a drawing on commission and who never wants to play someone else’s game.

Unfortunately Luca will have a hard time entering the social world, respecting its rules and traditions, he will suffer and those who are at his side will suffer. But his educators have found many ways to try to build with him a way to be in this world. Among the many courses in theatre, comics, art there was also the robotics course. In the beginning it was just hatred.

In the end we shot about ten robotics short films together, together with him and five other boys, finding social balances that we hope will one day be useful to him in his everyday life.

This is the story of Emanuele, that would be me, the narrating voice of this short article, my story starts from Luca and the centre that follows him. The Philos centre entrusted me with a few hours a week, but when my commitments grew up we trained educators on educators and today we can proudly watch the Philos centre offer social robotics courses to its children having us at their side but without the so-called experts as protagonists. The protagonists are the children and their educators, without necessarily a robotics in the front line. Thanks to them I have understood how the trainer must train trainers who do without him. As in the ancient practices of the Renaissance Shops or among the Buddhist temples, the teachers must be surpassed by the students. Like Giotto was for Cimabue.

This is the story of a little girl in hospital who had built little creative robots with her teachers Loretta and MariaGrazia. That little robot was then exhibited in an exhibition and photographed together with the robots built by hundreds of girls and boys from all over Italy. We took photos of the exhibition and shared them with the teachers. The participants were proud to see their artifact on display. The little girl in the hospital jumped for joy when we showed her work in the exhibition. That day I realised that documenting and sharing was part of our job and part of our students’ learning. A project not told externally does not exist, and even the derived learning risks disappearing. A divulged project becomes even more real, because in an almost Hegelian process it comes out of itself and is carried out. And just as in the Hegelian process it changes out of itself and returns to change the self that created it. 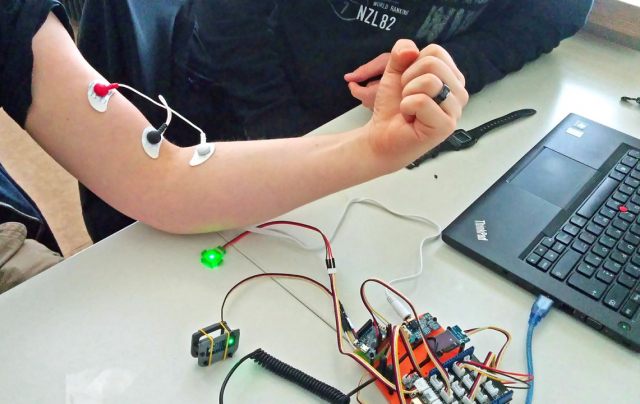 This is the story of Elena, a colleague of mine and Marisol. It is the story of small interactive artifacts built together with Marisol. Marisol doesn’t see anymore, but thanks to the sounds created with Scratch and the objects made interactive with Makey Makey started to recognize objects in a funny way that involves her and makes her feel part of something bigger than her. Elena has learnt a lot of things, she has been trained even more, because you have to use the emotional charge that students give you to learn even more to be able to say “I don’t know, but I can learn it, I can discover it“.

In this story of Elena and Marisol I learned that there is never just one way to use things, there is never THE WAY, but there are many ways to get closer to everyone. That’s why teachers should know what Design for All is, which allows you to design objects, spaces for everyone and for everyone, but applying the same theories to teaching you can create lessons that help the most fragile, but at the same time are also useful for the less fragile.

That’s why every teacher should know Don Norman, a designer, psychologist, engineer that we should never do without if we are involved in teaching. I had the honor of giving a lecture with him, without getting anything signed, but with the joy of being near him and absorbing word for word. Don Norman is the father of Human Centered Design, of design with the human being at the centre. It has nothing to do with robots, but as you have understood in this story, what has nothing to do with robots is inside my story of humans and robots.

This is the story of a group of children who, at one of our laboratories, built an aeroplane that interacted with a video game using a sensor. They built a skyscraper and at the end of the lesson, Elena always understood what the purpose was. And it was terrifying. They had built a video game to replicate the eleventh of September. I remember Elena’s call, I was in the car because I only answer and talk on the phone if I am on the road, and we wondered how to handle the next lesson. Those children were not there in 2001. For them it was a distant story told by their parents and nothing more. Maybe some movies, no memory of where they were and what they were doing on that date. I remember it well, it was my mother’s birthday and we were celebrating in my grandmother’s house. We had just finished eating. But those children were not there and they had made everything so trivial and so dangerous. With Elena I said, I still remember, “well, from an educational point of view they know how to use the tilt sensor very well” (I can never be serious, not even on occasions that would require seriousness) and then I continued, but how to do it? Get angry? Scandalize? 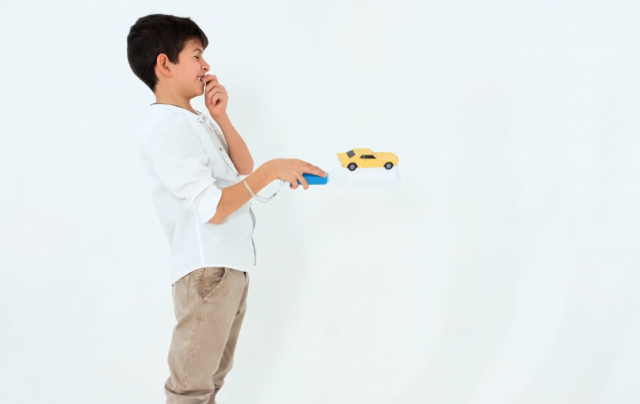 None of that, we thought we’d tell them what had happened and invite the children not to throw their work away. But to have a superhero intervene, a magic to stop that disaster. And they played along, realizing that the story was so serious that we would really need a superhero to fix it. Unfortunately we didn’t have any more time in that class, otherwise we would have worked on what happened next, on the hatred based on religions and differences that was used to make more deaths.

And it is a regret compared to what I was saying before, we are proud to train trainers, but sometimes we miss being in the classroom every week.

And so this is the story of Antonio, Beatrice, Alberto, Vittorio, Federico, Pietro, Cristina, Riccardo, Marco, Lorenzo, Alessia, 12 students of very different ages (from 18 to 60!) who responded positively to a call to become museum technology operators to enhance our cultural heritage. We did everything in more than 600 hours of course, programmed humanoids to welcome guests or to play with them in an educational way, we studied augmented reality and digital journey, we did storytelling and organized educational workshops for museums. This story allowed us to learn how to grow a group of people who will then go and work in different realities dedicated to the culture of our country.

A dream come true, an important challenge that allowed us to bring 2 colleagues into our team: Beatrice and Federico. And for the others who have been with us for so many hours they will bring with them the possibility to use technology not as an end in itself but in a constructive way, dedicated to a higher purpose: to love culture, art, beauty.

But where are the robots? There are robots, but they must not be seen.

How the best technology must not be the protagonist, it must not be at the centre, but at the side, at the contour, at the support of humanity. Unfortunately, this is not always the case. We run a great risk, that of devaluing the human being. To make him less important. To make it a mechanism of “ultra-human” systems such as corporations, multinationals and companies that have clear objectives that often do not coincide with the long-term good. This risk is tangible and I can only quote the father of Cybernetics, Norbert Wiener:

the first industrial revolution had devalued the human arm through the competition of machinery, the second industrial revolution, cybernetics, was similarly destined to devalue the human brain, at least in its simplest and most routine decisions, until the average human being with mediocre or inferior knowledge, will have nothing to sell that is worth buying (from The Dark Hero of Information by F. Conway and J. Singelman, Codice Edizioni)

So how can we avoid the risk of continuing to consider the machines stupid, but which from stupidity to stupidity will succeed in overcoming the intellectual contribution of the average man? There is only one solution. Not to cultivate a society based on a few passions, on separate disciplines, but to encourage culture, art, beauty, through training. To counter the dangers of a future that will stop at nothing we will need humanity. And it is the school that cultivates humanity. We must start telling stories again and do so in any school. Stories in which humanity always comes first (together with the environment and the planet of course!).