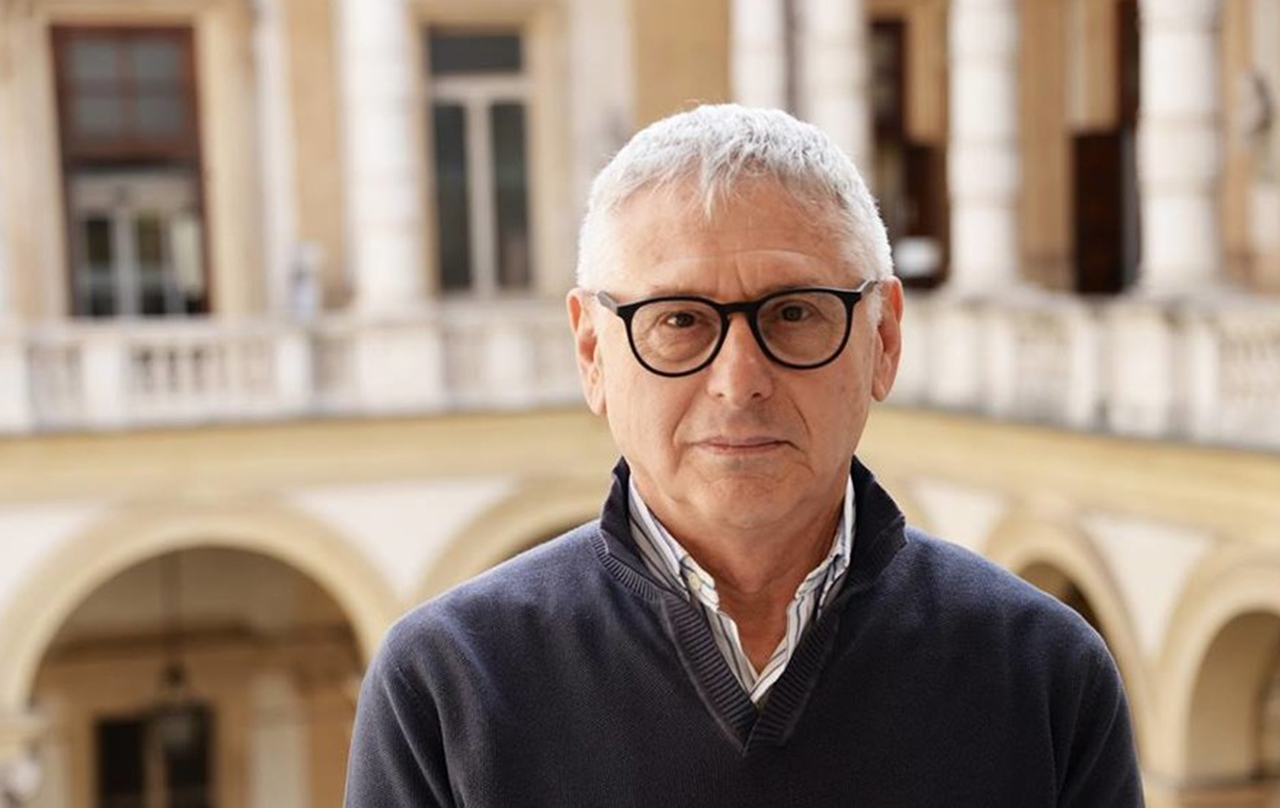 Renato Grimaldi: even NAO robot was in “quarantine”

During the isolation of the acute phase of COVID-19, the Gallino Laboratory of the University of Turin has brought a contribution of joy and serenity to many children and elderly people. The NAO robot was in “quarantine” in Val di Susa, near the Sacra di San Michele, an ancient abbey built between 983 and 987 on top of Mount Pirchiriano, 40 km from Turin. Programmed by researcher Silvia Palmieri with the help, in remote, of students and trainees of UniTo, with its “virtual presence” NAO interacted with the young pupils and elderly people that the Covid-19 pandemic is keeping away from each other and from the school.

Renato Grimaldi, scientific coordinator of the Laboratory of Behavioral Simulation and Educational Robotics “Luciano Gallino” and director of the School of Humanities at the University of Turin.

Robin Williamson: Prof. Grimaldi, you are the scientific responsible of the Gallino Laboratory, what are your activities?

The Laboratory of Behaviour Simulation and Educational Robotics “Luciano Gallino” was established in 2019 as part of the Project of Excellence won by the Department of Philosophy and Educational Sciences of Turin University. Among its main aims, it pursues the study and realization of models that simulate the behavior of social actors also through the use of big data. Through an extensive park of robots, it assists the schools in research on educational innovation. These activities are carried out in the form of research, didactics, and the third mission.

The Gallino Laboratory and you have put in place NAO to make the lockdown of boys and girls less burdensome and isolated. Where did you carry out your activities with NAO? Can you tell us what you did?

At this delicate time families and therefore often girls and boys are subjected to isolation and social distance; it is a new and difficult experience. The Gallino Laboratory wanted to bring its contribution to this emergency. Nao is currently in “quarantine” in Val di Susa, near the Sacra di San Michele, programmed by researcher Silvia Palmieri with the help, at a distance, of students and trainees of UniTo. From there, with its “virtual presence”, it interacts with the young students and pupils that the Covid-19 pandemic is keeping away from each other and from the educational institution.

If it is true – as the pedagogues remind us – that the first years of life are fundamental for the development of future citizens, the Department of Philosophy and Educational Sciences, which prepares the teaching staff of kindergartens and primary schools but also educators working in nurseries and childcare communities, is called to take his share of a responsibility that in the emergency does not seem to be at the top of the political agenda, as we continue to talk about the effects of the Covid-19 pandemic on the health system and the economy, often and dangerously neglecting the educational system as a whole and the school system, in particular, fundamental building blocks of the “after” that we want – and know how – to build.

What are the characteristics of the NAO robot that favour collaboration with humans?

Nao is a social robot that, thanks to its ability of movement and expression, can share positive and joyful situations and emotions such as those related to a birthday, for example, but can help to elaborate negative ones such as boredom, anxiety, fear; all this with the help and collaboration of parents and teachers. A life companion, therefore, a communication mediator, who, through videos of a few minutes that will follow one another on the social channels of the Gallino Laboratory, will be able to interact and accompany girls and boys in this now long emergency, and without forgetting that some of them – and not only now – are or feel isolated because they are hospitalized or because for example, they suffer from autism spectrum disorders. Nao has the same programming interface as the robot Pepper and therefore similar functions; it is able to recognize the emotions of those in front of it and therefore to regulate and respond to certain situations and stimuli. Unlike Pepper, Nao has “legs”, can walk and has a wide variety of movements; it is only 60 cm high and therefore it is easily transportable in different environments such as schools and hospitals. These social robots are equipped with embodied artificial intelligence, which they exhibit through behaviour mediated by microcomputers, sensors, motors, and gears.

What were the reactions of the participants?

Participants’ reactions have been promising. Girls and boys sent Nao greetings and audio messages but also questions such as: “Robots can get infected or sick”. We gave the floor to a cybersecurity expert, Dr. Sanmucci from Rome, who explained to them in a simple way that increasing the number of robots will also increase the probability of getting sick even if with different viruses from ours. He explained to them that robots take care of us but we have to take care of them.

What activities with NAO or Pepper are you planning now?

Nao and Pepper are social robots, they don’t clean, they don’t paint cars but they are designed to be in company with us humans. We intend to exploit their embodied artificial intelligence, their empathic ability to be together even through their bodies. We are learning to transfer within them bases of knowledge capable of making them not only communicators but real experts in the domain (even if narrow) and then make them able to accompany us, learning from interaction and taking care of us. And we of them.