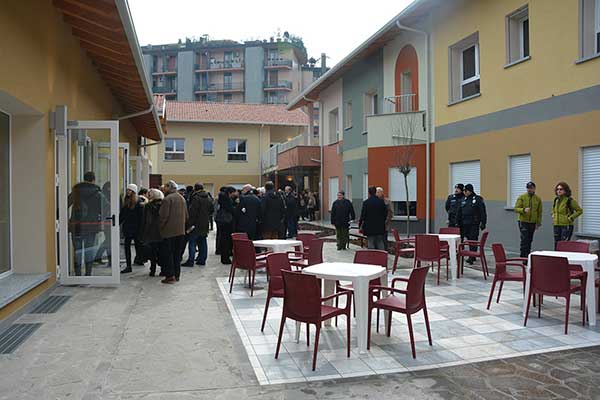 A Small Robot in the Country Rediscovered 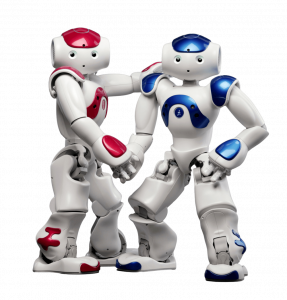 The second phase of the project “A small robot in the Rediscovered Country” (Paese Ritrovato), coordinated by Cooperativa La Meridiana Due of Monza, and co-financed by the Bank of Italy, has begun. Scuola di Robotica will program the NAO robot for assistance and edutainment to elderly people with disabilities.

The Cooperativa La Meridiana Due manages the Pese Ritrovato, the Village that welcomes 64 people with Dementia and Alzheimer’s disease. In fact, Pese Ritrovato® is organized like a small village, where people lead a normal life, feeling at home, and receiving the necessary attention. In the words of the director, Roberto Mauri, it is “a real place that wants to slow down cognitive decay and maintain the person’s residual abilities, offering the resident the opportunity to continue living a life appropriate to his abilities, desires, and needs”. (https://ilpaeseritrovato.it).

It is a small village where the 64 guests with Alzheimer’s disease live in apartments each consisting of 8 single rooms with a bathroom. The “Rediscovered Village” covers an area of 3,360 square meters with a section used for shops and meeting places, with streets, squares, gardens, shops, theatre, church, pro loco, and vegetable garden. The “Flower Garden” allows long walks in the greenery and the area of the “Garden of artists”, rest in a natural atmosphere. There is also a vegetable garden and an orchard. 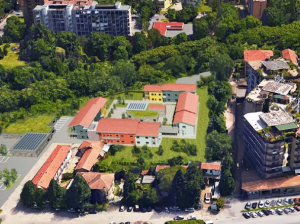 The “Rediscovered Country”, a bird view

The objectives of the project, in line with the mission of charity, solidaritỳ and public interest towards disabled elderly people in need, is to offer the guests of the Pese Ritrovato, playful activities, cognition support workshops, and intelligent games made with a small humanoid robot, NAO. Although the project has the precise characteristic of supporting activities to improve the quality of life of patients suffering from senile dementia, and therefore to raise the quality of life of the guests of the Rediscovered Country, it also has the added value of the case study in an extremely favorable and committed environment, which can benefit the repeatability of the experience in other similar communities. 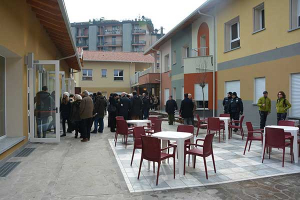 In the queue for the Theatre at Paese Ritrovato

Recently in many cases, humanoid robots have been adopted which, due to their modularity of interaction, can be used both to decrease apathy and for fun and also to support some learning and memory strengthening activities. The NAO robot will be an entertainment tool and a means for games and cognition support. In particular, the NAO robot has characteristics of the softness of movement and similarities with human movement that can, in addition to the said benefits, awaken a desire for graceful and soft movement, often absent in senile dementia patients.

The School of Robotics will program the NAO robot for the purposes of the project and according to the indications of the therapists of La Meridiana Due and will train its staff for autonomous use of the robot.

The expected results of one year of the project are:

At Villa Bombrini in Genoa Cornigliano and at the Great Campus of Erzelli in Genoa, Italy, the challenge between secondary school children. The theme of 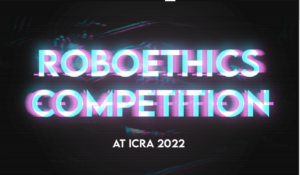 Are you interested in designing robots with ethics in mind? Join the 2022 ICRA Roboethics Competition to contribute to the frontier of robot ethics research 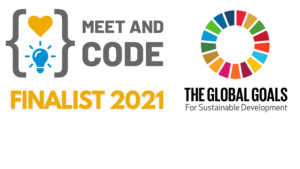 The School of Robotics project, “Children Help Children”, Finalist of the at Meet and Code Awards

In 2021, Scuola di Robotica submitted a project to the Meet and Code awards: the project/event “Children helping children” is now one of the three 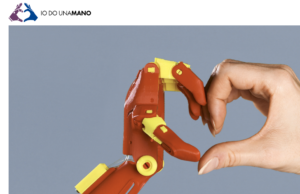 The Association Io Do Una Mano (I Lend A Hand) presents some of its activities at the conference of AISP (Italian Association of Poland Syndrome),